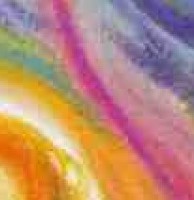 Hello everyday goddesses!  I suspect a part of me was a cat in a past life, especially when the sun streams through the windows.   I’ve always been drawn to them; their sleek agility; their mix of independence and affection; and their playfulness and personality that endear them so, make me laugh, and wrap me around their skillful paws.

It’s been said woman’s spirit is like a cat’s…
Thousands of years ago, cats were worshiped as goddesses.  Cats have never forgotten this. – Anonymous
Dogs come when they’re called; cats take a message and get back to you later.  – Mary Bly
Cat Goddesses …  more to feed your muse and inspire your inner goddess
BAST


“Bast (or Bastet, or Pasht) was the Egyptian goddess who appeared in cat form.  The Egyptians highly revered cats; the word for cat, mau, also denoted light and was cognate with the word for mother.  The cat is a lunar animal and also a solar animal representing the power of the sun as reflected in nature.  Since the cat is an earth animal, Bast is also an earth mother goddess, a giver of life and abundance.  In touch with her wild, instinctual nature, she also is a protector of women during childbirth.  Like a cat, she is fiercely independent and belongs to no one but herself.  Bast is one of the more joyful goddesses; her elaborate festivals in the town of Babustis were renowned for their joyful dancing.  Embodying a cat’s gentler aspects, Bast is a personification of life and fruitfulness.  The quintessential life-affirming mother, she remains us to be playful and relaxed like a cat and to find occasions to celebrate life.”

Did any of that resonate?  What parts?  What fits?  What inspires and empowers your heart?

Breathe in.  Exhale.  Connect with all the purrfection in you it brings to light….It’s all good.  Purrrrfect.

Love your life.  It matters.  Enjoy!

2 thoughts on “Cats, Women, and Goddesses”